This year’s Christmas party of Gesytec

This year’s Christmas party of Gesytec took place last Friday. This time we went together to "SnowWold" in Landgraaf in the Netherlands. Employees who were guided by their navigation devices arrived in the ski hall with a short delay, while the intuitive drivers were already waiting in the reception hall. 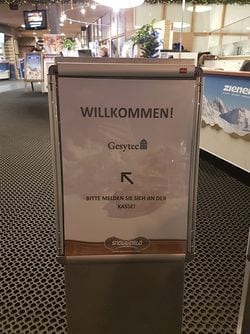 The welcome sign that was promptly twittered showed us the way. After the registration we went to the Après-Ski shack to warm up with a mulled wine or alternatively a warm cup of Chocomel with cream – the preferred variant of the employees. With our drinks in our hands we watched the skiers and snowboarders on the slopes and had a good laugh when they landed on the nose or back. When we were asked to rent shoes afterwards, we began to realise that it could soon become uncomfortable for us, too. They gave us tickets for the barrier to the pistes and introduced us to our trainers. Then it was time to go in the snow! 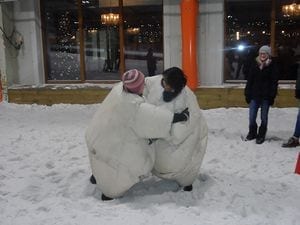 Our two coaches divided us into four teams, which we named "the snow bunnies","Team Black","the Champs" and "the A-Team". In the so-called "Team Building" we had to prove our team spirit and fighting spirit. First the coaches had us sumoing against each other in fatsuits, then we balanced tennis balls up the slope, threw frisbees, both in the usual manner and backwards over our heads, constructed sledges and after the construction of the sleds, we entered a sled race against the other teams, put on dew and last but not least we went cross-country skiing, forwards and backwards. 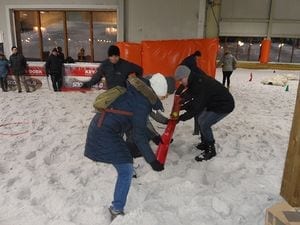 Probably none of us would have guessed that games in the snow could be so exhausting, but it has also proved us once again that we are have a strong team spirit. 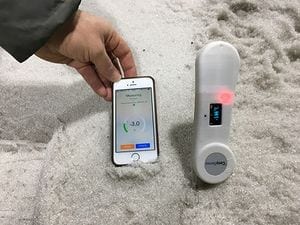 After the winners have been awarded – the Champs took first place – everyone grabbed a tire and slid down the slope. Gesytec would not be Gesytec if we hadn’t used the favour of snow to test our latest technical development in action. 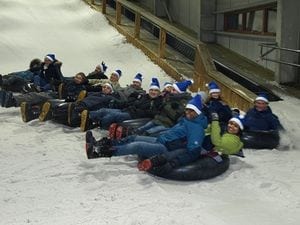 The evening ended with three kinds of fondue and a chocolate fountain. In the cheese fondue we found the next opportunity to use our new product.